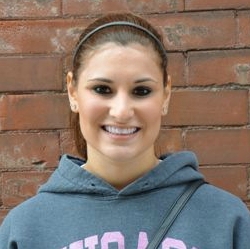 Taylor Levine started playing soccer at the age of 4 and fell in love with the sport. At the age of 8, Taylor was offered a spot on the Blue Valley Stars Premier Team (currently Blue Valley Sporting). She went on to play Division 1 soccer from U8-U18. Although, Taylor's dream was to play soccer in college, her soccer career was cut short due to a back injury.